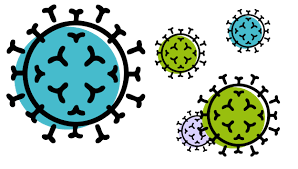 The identification of the measures to prevent the contagion of the Covid-19 risk that all companies will have to adopt, both those that are about to reopen, and those that have not suspended their activities, is a topic of discussion among labor lawyers [v. the Authors indicated in the bibliography], but the daily press is also attracting attention to it, attracted by some large company that has already implemented some interesting security models.

The pioneers are the car manufacturers Ferrari and Fiat Chrysler with the choice of testing-tracking projects, based on rapid serological tests and digital contact tracing systems, together with guidelines “shared between the Parties to facilitate companies in adopting protocols anti-contagion security “contained in the Protocol for the contrast and containment of the spread of the Covid-19 virus in the workplace (with specific reference to non-medical ones) signed by the trade unions on the initiative of the Government on March 14, 2020 [Dagnino 2020] and integrated on 24 April 2020.

With regard to the aforementioned car companies, it is limited to highlighting that while Fiat Chrysler has already signed an agreement with the national trade unions (Fca, fim, Uilm, Fismic, Uglm, Aqcfr, fiom, 9 April 2020) which contains indications in line with the guidelines of the Protocol of last March 14, – and which will have to update in the light of the additions just made by the social partners.

Ferrari, on the other hand, went beyond the application of the rules agreed upon in the trade union, providing for screening on the health of workers through the administration of rapid serological tests, which seem suitable for detecting the so-called asymptomatic carriers.

From what we learn from the newspapers (the sources of information are various, not always unique and constantly updated, with all the limits that derive from it in terms of reliability), the car manufacturer would have the idea of ​​favoring a digital application, perhaps Immune, what the Italian government has selected for the start of the fateful phase 2, at least so it seems (it is no coincidence that the proposing company seems to be Bending Spoons, the same).

The purpose, according to the company, would be to monitor the evolution of the virus in the company in the coming months and provide medical support to both workers and their families and also to the company’s supplier personnel.

It is on the Immuni app and, above all, on the tracking, that we focus our attention, having premised that digital tracking in the workplace includes a wide range of technologies that result in forms of remote control of workers that can be implemented with wearable device systems, such as smartwatches or other smart sensors, electronic bracelets or, precisely, with apps that can be downloaded on the smartphone.

For this reason we analyze the phenomenon of contact tracing, with specific reference to the consequences of its implementation on the discipline of the processing of personal data, also in consideration, in the near future, of a possible emulative effect, by other companies, of managerial choices. today made at Ferrari with the use, probably, as mentioned above, of the Immuni application.