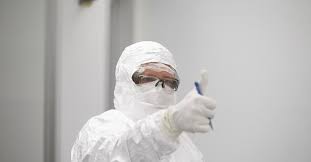 The WHO World Assembly has closed

Tedros management confirmed, which remains in office for another 5 years. All resolutions passed6 June – The first great achievement is certainly that of having convinced all member states to make at least 50% of the budget “public” increase the current share of direct financing thus reducing dependence on private funds which today exceed 80% of the budget.

But then a lot of resolutions on communicable and non-communicable diseases (and for the first time a global plan for diabetes was approved.

The 75th WHO World Assembly, the first in attendance since the pandemic, has closed in Geneva. Director General Tedros Adhanom Ghebreyesus was elected for a second term in the sign of substantial continuity and confirming that, beyond the many controversies that have touched the WHO in the two years of the Pandemic, the United Nations organization is pulling straight ahead by giving its ok to the budget of its first five years, two of which are marked by Covid, and to its new action program for the next five years.

But this Assembly was also marked by an important turning point in terms of funding with the approval of an important change to the fundraising rules which, if respected, should lead the WHO to have a budget at least half made up of direct contributions from the States. members, in turn calculated on the basis of certain parameters that substantially take into account the wealth of the country (GDP).

It is neither a foregone nor an insignificant goal.

Firstly because it will be necessary to move from commitments to facts and ensure that all countries honor the objective outlined, but above all because having 50% of the budget based on “public” resources and not on voluntary private funding (which today covers over 80 % of the budget) could make WHO, as Tedros said, “safer” in terms of certain resources and more “independent” from private lenders. 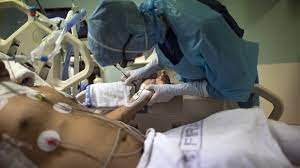 After the resolutions approved on May 25 on responses to health emergencies in large cities and on clinical research, many other resolutions were approved in the final days of last Friday and Saturday, which we summarize below.

World Health Assembly delegates approved a record number of recommendations related to noncommunicable diseases (NCDs) such as cancer, diabetes, heart and lung disease, as well as mental health and their risk factors.

The decisions taken precede the fourth high-level meeting of the United Nations General Assembly on the prevention and control of noncommunicable diseases to be held in 2025, in an attempt to accelerate progress towards the global health goals already outlined in recent years.

Measures taken to reduce deaths from noncommunicable diseases include a new roadmap for their implementation. The table aims in particular to help Member States to accelerate the actions necessary to support their populations and achieve the objectives within the set terms of sustainable development.