The articles in the “Expert Opinion” section cover some of the most important and debated topics in the respective clinical areas. Given the level of depth achieved, the texts can contain very complex terms and concepts. The use of the glossary will help in understanding these articles and other more informative content on the site will help clarify the topics covered.

Sex hormones have a significant impact on women’s lives.

Through the different stages of life, from menarche to menopause, women experience significant fluctuations in the levels of estradiol and progesterone, which affect the body as a whole, including the central nervous system (CNS). For this reason, estrogen and progesterone are also called “neurosteroids” or “neuroactive steroids”: they influence memory and learning processes and act on the modulation of mood, behavior and cognitive abilities [1-5].

Postpartum depression, experienced by 7-12% of Italian women according to the Higher Institute of Health, has a similar pathogenesis: the drastic collapse of estrogen and progesterone. The same mechanism also underlies peri-menopausal depressive disorders, which occur in about 5% of women.

In addition, the levels of endogenous estrogen and progesterone can also influence various cognitive processes such as decision-making, the recognition of emotions, the consolidation of emotional memory and the extinction of fear [6,7]. 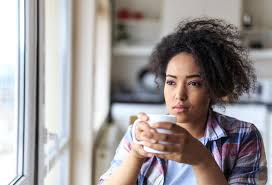 It has in fact been shown that during the menstrual cycle women show better verbal abilities and decreased visuospatial abilities when estradiol and progesterone levels are high; instead, when these levels are low, the exact opposite happens.

Furthermore, recent studies have observed that low levels of estradiol and progesterone in ovariectomised non-human primates induce spatial memory deficits, which can however be recovered with cyclical low-dose estrogen treatment.

Therefore, a correct hormonal balance suitable for the different stages of a woman’s life could help prevent neuro-cognitive dysfunctions and improve mental well-being. To this end, it is essential that hormone levels are assessed considering the age and ovulatory status of the woman, so that a correct diagnosis and treatment can be made.